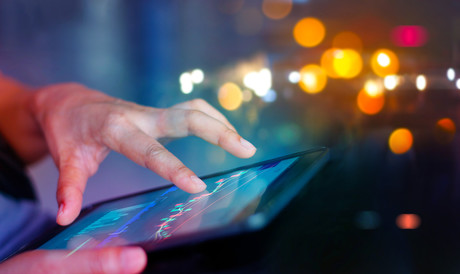 IDC has released its market insights for WLAN, OEM storage systems and Ethernet switches and routers for the year to quarter two 2019 (2Q19). We take a look at the stats.

The Asia Pacific region (excluding Japan) (APeJ) WLAN market grew 4.9% year on year in 2Q19, while the global consumer and enterprise market fell 4.4% to finish on US$3.5 billion.

The drop is largely due to the consumer segment, which fell 9.5% in 2Q19, finishing just short of US$2 billion, while the enterprise segment grew 3.1% to reach nearly US$1.6 billion, according to IDC.

Currently, wireless standard 802.11ac dominates the WLAN market, making up 86.8% of enterprise-dependent access point shipments and 92.3% of WLAN-dependent AP revenue; and 52.6% of consumer shipments and 75.2% of revenue.

The APeJ market for OEM enterprise storage systems grew 7.9% in the year to 2Q19, while global revenue decreased 0.8% to US$6.3 billion. Total capacity shipments in the external storage systems market increased 5.2% to 16.3 exabytes.

IDC Infrastructure Platforms and Technologies Research Manager Sebastian Lagana said the external OEM segment was “pressured by contraction in all-flash arrays, which has long been a growth driver for the segment”. Despite this, end-user investment in midrange storage area network (SAN) platforms “remained strong”, with “nearly all OEMs generating growth in that portion of the market”, according to Lagana.

The APeJ Ethernet switch market fell 4.2% in the year to 2Q19 and fell a whopping 16% in Australia alone.

Globally, the news was much brighter. The market earned US$7.07 billion in revenue for an increase of 4.8%, while the total enterprise and service provider router market revenue grew 3.4% to US$3.96 billion.

IDC said growth in the Ethernet switch market continues to be driven by the highest-speed switching platforms — with port shipments for 100 Gb switches rising 58.3% year on year to 4.4 million and revenue growing 42.9% to US$1.28 billion — making up 18.1% of the market’s revenue, compared to 13.2% the previous year.

A study by DXC Technology and Telsyte has found that businesses across Australia and New Zealand...

Technology and services giant Accenture will establish a hub in Adelaide, to collaborate with...

More than 40 women from across Queensland have been announced as finalists in the 2020 Women in...