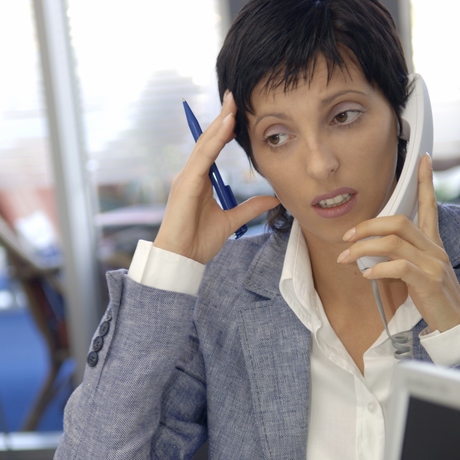 In the news this week, NBN Co CEO Mike Quigley calls for a study in broadband technologies, despite being four years into the NBN’s rollout, and three Aussie telcos flag job cuts.

NBN Co CEO Mike Quigley last week said that the basic design of the National Broadband Network (NBN) is still up for grabs and called for a study on the merits of different broadband technologies that could be used in the network.

Although the NBN rollout has been underway for four years, Quigley said at an American Chamber of Commerce lunch that it’s not too late to discuss the future of the NBN. He revealed he recently approached the Communications Alliance to begin a study into various broadband technologies.

Considering that NBN Co is four years into the rollout of the network, Quigley’s comments have been greeted with cynicism by commentators.

Since the initial announcement of the NBN project, Labor and the Coalition have publicly argued ad nauseam about which technologies should make up the backbone of the network; Labor wants a predominantly fibre-to-the-premises network, while the Coalition wants a mix of technologies that will provide a slower but less costly network.

Given that we are in an election year, some commentators maintain that Quigley is simply trying to appease what could be the new government.

“My job as the leader of a government business enterprise is to go out and build what the government of the day asks us to build,” Quigley said.

However, if that is the case, it doesn’t appear to have worked so far; the Coalition Minister for Broadband, Malcolm Turnbull, criticised Quigley’s call for a study.

“Now, just months from an election, Mr Quigley suddenly wants a review - but a hazily conceived and nebulous review on his terms and timing. This isn’t policy on the run; it’s policy chaos,” an article on Turnbull’s website reads.

Some commentators, however, insist that by calling for a study into broadband technologies, Quigley is attempting to highlight the deficiencies of the Coalition’s plan.

“Quigley is calling Turnbull on his bullsh*t ... and Turnbull is running away because his non-policy will be exposed,” one user wrote.

Comms Alliance CEO John Stanton told itnews that the organisation had yet to decide if it would go ahead with the study.

The Australian reports that the study is unlikely to go ahead, since Optus won’t endorse it and Telstra is reluctant to get involved in the political debate surrounding the NBN.

Telstra last week cut 648 positions from its Sensis directory business. The cuts represent an 18.5% reduction in staff - prior to the cuts, Sensis employed about 3500 people.

About 391 of the cuts were “back of house fulfilment and customer care roles”, which will now be outsourced. According to Sensis, the cuts come as part of a move from printed directories to online.

“As we have made clear in the past, we will continue to produce Yellow and White Pages books to meet the needs of customers and advertisers who rely on the printed directories, but our future is online and mobile where the vast majority of search and directory business takes place,” said Sensis Managing Director John Allan.

Optus, too, announced job cuts last week, with the cuts expected to come from the company’s marketing, IT and networks department.

These cuts come on top of the 962 redundancies the company made last year. According to the Australia Financial Review, these new cuts will number less than 481.

Marketing functions will be moved to the company’s customer division. The company also said it would create a new division to focus on capturing opportunities presented by the NBN.

And finally, AAPT has revealed it may also cut jobs, as part of a business simplification program by its parent company, Telecom NZ.

“Without sugar-coating it, job cuts will run into the hundreds,” Telecom NZ CEO Simon Moutter said.

The Communications Alliance has urged the government to ensure proposed measures to improve the...

NBN Co has announced it will spend $700m to deploy Enterprise Ethernet services to up to 240...

The Australian Government has appointed the National Farmers' Federation to develop and...

Manufacturing in the new normal

How facial recognition technology benefits and harms us

Tune in to radio stations from around the world