The Minister and the elephant: a broadband tale 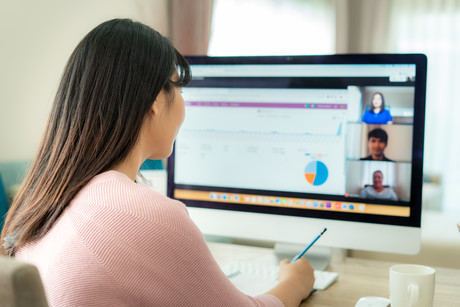 As we all hunker down to work or study online at home in response to the coronavirus, according to Communications Minister Paul Fletcher everything is fine and dandy thanks to the National Broadband Network.

The reality is many families will struggle with inadequate telecommunications, especially those nbn customers with the FTTN (fibre-to-the node) service delivered over old copper wires.

To be fair to Mr Fletcher, the culprits who destroyed a nascent 21st-century broadband network — Tony Abbott, Malcolm Turnbull and Mitch Fifield — have all gone offline, so to speak. They’ve left parliament and have left behind something smelling like what comes out of the wrong end of the elephant in the room.

This is not an attack on Paul Fletcher. It is an appeal to him and to his colleagues in Canberra to start fixing the dud nbn they have inherited before it becomes their fault the country is stuck in a ‘digital divide’.

The biggest elephant in the room is the fact that somewhere between a third and a half of the eventual nbn customer base will be stuck with connections reliant on copper wires. These connections are simply incapable of delivering very fast broadband and therefore will need to be replaced sooner or later.

Over in New Zealand where they persisted with fibre, 87% of premises will have access to a full fibre connection by the end of 2022. Chorus NZ, the equivalent of NBN Co, is already delivering gigabit speeds to many of its customers. What’s more, over time they have found ways to reduce their per premises installation cost by around 40%.

Fletcher does like to lead with the chin somewhat, telling the Australian Computer Society: “Recent calls to halt the current rollout and pivot to a new approach are reckless, short-sighted and self-serving”. Nobody I know is calling for a halt to the rollout. Just the deployment of more fibre-to-the-curb (FTTC) — which is already being used to an increasing extent, but frankly not enough — and less FTTN. Ideally, of course, we would still be rolling out fibre-to-the premises (FTTP).

Fletcher also said that: “NBN Co is implementing new technologies that will allow faster speeds on its network, such as G.Fast and DOCSIS 3.1.” Well I’m guessing an advisor probably lifted that from an old NBN Co briefing paper. The reality is G.Fast will not fix many of the FTTN problems because of the run-down state of our copper wires. Telstra sensibly stopped all but essential maintenance on its copper network long ago in the logical expectation it would inevitably be replaced with fibre.

DOCSIS 3.1 — which is designed to make HFC (pay TV) cables run faster — might fare better, but the trouble is much of the Telstra HFC cabling is already being overbuilt with FTTC because of uneconomical remediation costs. The entire Optus HFC network has been junked already.

Okay, NBN Co isn’t suffering from capacity issues now. This is partly because the government bowed to pressure from the telcos and gave them a financial handout in the form of free CVC (the technical term for how much overall bandwidth they are provisioning for their customers).

On NBN Co’s behalf, and being a shareholder as a taxpayer, I hope they receive a subsidy from the government in lieu of the foregone revenue. NBN Co is already under serious financial stress; partly because 40% of the premises that are ready to be connected and start paying them access fees have not bothered to sign up. Too much bad press and the unsatisfactory accounts of families and friends have made people wary of the performance they can (or more likely cannot) expect to receive.

NBN Co is running up a loan debt to the government of around $21 billion and has no prospect of repaying it when it falls due next year.

It’s too early to know how most Australians are faring as they launch into online work and study. No doubt some will be fine, but others will struggle with poor internet connections. Spare a special thought for people living in rural and regional areas where the situation is often much worse than in our capital cities.

Anyway, that’s only part of the story. When the current crisis is over I predict a good many employers and their staff will have become so accustomed to using the internet for business we will see a permanent uptake. It might not be people working at home full-time, but certainly I’d expect a greater acceptance that they don’t need to be at the office five days a week.

We could even see enhanced interest in decentralisation as more employers realise they don’t need to have all their workers located in expensive CBD offices. According to news reports, real estate agents in regional areas are already seeing an increase in interest from people looking to leave our congested capital cities.

The government has made a welcomed move in allowing bulk-billing for online medical and mental health consultations. Telehealth is one of the great untapped opportunities that was expected to flow through the nbn. There’s only so much that can be done over the phone. Doctors need high-quality video for the more complex cases. While this is a temporary move, hopefully it will become permanent.

The signs are this crisis will persist for six months or more. My suggestion is the government fund NBN Co as part of its stimulus package so it can employ some of the 100,000+ people expected to be retrenched and send them out to upgrade FTTN connections to FTTC or FTTP. Even if the government simply made an in-principle commitment and NBN Co started the planning now, this would give industry, and people generally, greater confidence in the nbn and its future.

Like elephants, voters can have long memories. Eventually the smell around the nbn might well become too much!

Laurie Patton is Vice President of the Telecommunications Society (TelSoc) and the former CEO of Internet Australia. The views expressed here are his own.

The following is a resolution recently passed by TelSoc.

a) To include in its considerations the inequity of access and affordability of broadband and other telecommunications services as has been highlighted by need for people to work or study online at home due to the COVID-19 crisis; and

b) To recommend that the Government fund NBN Co to enable it to employ suitable retrenched workers, retrain them as required, and deploy them to begin upgrading problematic NBN connections as a national stimulus measure and in order to enable a more rapid shift towards a more digitally-enabled community and economy post the crisis.

The Communications Alliance has urged the government to ensure proposed measures to improve the...

NBN Co has announced it will spend $700m to deploy Enterprise Ethernet services to up to 240...

The Australian Government has appointed the National Farmers' Federation to develop and...